The Identity of God 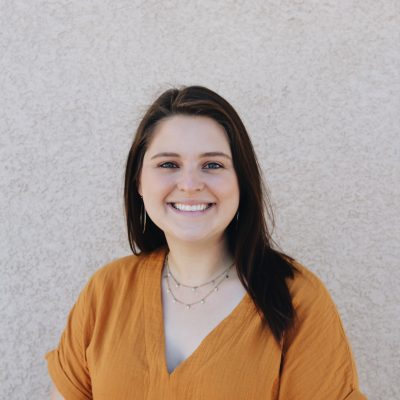 How do you get to know someone? First, you simply start by asking what their name is. You can’t begin a relationship with someone without knowing what to call them. This was even more true in Old Testament times when names carried a great deal of significance. Biblical names often pointed to an individual’s origin, purpose, or character. This is especially true for God, whose various names highlight aspects of His character, ultimately revealing more about who He is to us. There is only one God, but biblical authors use different names for God when referring to him. In fact, “God” is more of a title than His actual name. In this article, we’ll look a little closer at a couple of different names and titles for God to get a better understanding of who He is. As we learn more about God’s names and character, we begin to know him more intimately and to trust him more fully. This trust ultimately leads us to obedience, repentance, and worship.

The first reference we see to God is in the very first verse in the Bible, Genesis 1:1. The verse says, “In the beginning God [Elohim] created the heavens and the earth.” The word is used over 2,000 times in the Bible. Elohim is the plural noun of the word “El”, which can be used to reference either the one true God, or as its original use by the Canaanites, it can refer to pagan gods. When studying uses of Biblical words the context in which the words are used helps inform us of the meaning of the word. In most cases the Bible uses the word Elohim to refer to the one true God. Some scholars believe that the plural nature of the word points to the Trinity, showing the triune nature of God and even preparing people for Jesus to be much more than another human prophet. Other scholars suggest that using the plural word is a way of stylistically emphasizing God’s majesty, sovereignty, and authority.

Our God is the God over all other gods, supreme above all spiritual and earthly beings. When we call on Elohim, the one true, all-powerful God, we are reminded that He is the one that created the universe, speaking every perfect piece into existence using only the power of His voice to craft all of the earth. We remember that He is infinite, present before Creation, outside of time. Not only did He create the world, but he continues to sustain it. He has far more authority and power than all human rulers or kings, and is the supreme judge of all the world.

While Elohim can be used to refer to something outside of the true and living God, there is one name that is completely unique and used only for the God of the Bible. Yahweh, the personal name for God as revealed to Moses in Exodus 3:1-15, points to God’s self-existent and eternal nature. Yahweh means “He will be”, which can be pretty difficult for us as earthly humans constrained to the limits of time to understand. However, it makes total sense for the Creator of the universe who exists outside of time and who has no beginning or end. The name Yahweh is sacred, and the Jews believed this name should not be spoken or even written (think Voldemort, but better) out of reverence. To complicate things further, the Hebrew written language didn’t include vowels, so we can’t be sure how the word would have been pronounced. When Hebrews were reading Scripture out loud, rather than saying “Yahweh”, they instead used the Hebrew word for “Lord,” which is pronounced adonai. A combination of the consonants of Yahweh (YHWH) and vowel sounds from adonai eventually resulted in the word “yehovah” which translated into English is Jehovah. (Check out this resource to dive more into how we got from Yahweh to Jehovah.) When you come across the word “LORD” in all capital letters in your Bible, you’ve found the English version of Yahweh, or Jehovah, in the Old Testament. The capital letters distinguish the YHWH “Lord” from the Adonai “Lord”. Trust me, I’m as confused as you are. But as confusing as the particulars of the language are, there’s a lot of important information about God’s character wrapped in the name Yahweh.

First, when we look at the first time this personal name of God is revealed in Exodus 3, we see God say to Moses, “I AM WHO I AM”, which is (yet another) way to translate the name Yahweh. This definition of Yahweh is significant because it tells us again about God’s self-existent nature. God has always existed, and he always will. No one created Him, yet He created everything. He is the beginning and end of all things. He’s constant; he never changes. Complete perfection cannot be improved upon. He is the only being in existence who can be credited with this, and no one can compare to Him. He is holy, completely and wholly different from us. While He can relate to us, He is not like us. He is set apart from all things. He needs nothing from anyone or anything, and is fully self-sufficient. What a relief to us who are in desperate need of Him, fully dependent on His love, grace, and mercy!

The second takeaway from this name is that Yahweh is a relational God. Yahweh is the name used for God when talking about his personal relationship with His people. While we’ve already discovered that God doesn’t need us, this part of His character shows us that He wants us. More specifically, He wants a deep and intimate relationship with us. Yahweh is also the name used when talking about the covenants, or promises, God has made with His people throughout history. God is faithful to His promises, and His desire is to save, help, and redeem His people. He is trustworthy. His pursuit of His people never stops. This love and desire to be in relationship with us motivated Him to send down His Son, Jesus, to restore us to Him so that we could be in relationship with Him for eternity.

Who is God to you?

Perhaps the most important question you can ever ask yourself is, “Who is God to me?” Is He the Creator of all things, the very definition of love (more on that next week), a forgiving Father, a righteous and just judge, the Lord of Peace? Or have you scripted him as a genie in a bottle called upon only when needed, a harsh or neglectful Father or creator, a silly joke, or a childish idea that people believe in only to make themselves feel better about what happens after death? What we believe about God impacts every single aspect of our lives whether we know it or not. Have you drawn close enough to God to know and appreciate His names and characteristics? If not, what is holding you back? If you’re interested in learning more about God or what it means to be a Christian, visit this page for more information or to schedule a meeting with one of our Pastors.

“God” Is Not a Name – Bible Project Podcast

None Like Him: 10 Ways God Is Different from Us (and Why That’s a Good Thing) by Jen Wilkin