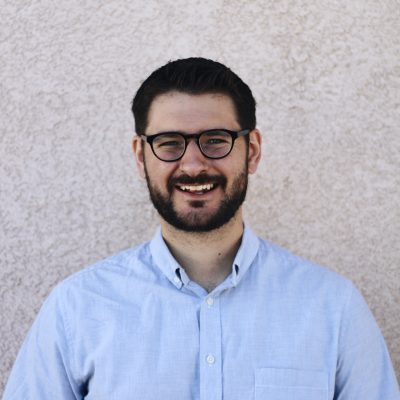 Whether you grew up in church or not all of us have heard the word “sin” before. Many could recite a list of sins from memory. Most would say sins are practices that we were taught were unhealthy and dangerous. The concept is both broad and deep, and defining it can be difficult.  However, the Bible gives us a clear picture of what sin is and the hazardous consequences that result from indulging in it. The Bible describes sin in a number of ways. Let’s look at two of them here.

First, sin is a condition. Paul commands believers to put to death what is evil in them. (Col 3:5) The first thing to understand about sin is that it is inside us. It dwells within our hearts. Sin is not something that we can naturally escape, it is rooted in our very being. Paul tells us that, “just as sin came into the world through one man, and death through sin, and so death spread to all men because all men sinned.” (Rom 5:12) Like a fire that rages and spreads rapidly from one point to another so sin entered the world and moved into every human being. No one was safe from the power of its evil. The Bible does not hold back when speaking about the status of sin in the world. “For all have sinned and fall short of the glory of God.” (Rom 3:23) Everyone has sinned, there is not one person who is innocent. “For the wages of sin is death…” (Rom 6:23) Therefore our natural condition is bleak. All of us sin and all of us deserve death as a consequence.

Second, sin is an action. It is a practice by which we act upon our unholy desires and temptations and turn against God. 1 John 3:4 describes sin as transgression against the law of God (more on the law next week). Deuteronomy 9:7 defines it as rebelling against God. All of us do this and are aware of it. If I were to ask you, “What sins have you committed this week?” You could probably make a short list of them. You could tell me about the little lie you told to a friend, the lustful look at another person, the boasting in front of others, the gossipping behind your siblings back…etc. Because sin is in our hearts it will naturally leak out. All of us sin, but not all of us sin the same way. I may sin in different ways than you do, but that does not mean that one sin is more significant than the others. All sin is wicked and all of it is dangerous.

Where does sin come from?

Our understanding of sin starts in the Garden of Eden which God originally planned to be perfect. The first sin we see from man is when Adam chooses to eat from the tree of the knowledge of good and evil that God had instructed man not to eat from. God did not create man to sin and is not the author of sin. Sin resulted from Satan tempting Adam to disobey God through his wife Eve. Sin was a lie in the garden and it continues to be a lie today. Sin makes us believe that something other than Jesus will satisfy us. We will feel better, have more worth, more peace, less stress, and so on. If we only step away from the safety of the shore and step into the waters of sin we will surely find satisfaction. This is the lie that the serpent tempted Eve with in the garden. He fed her the lie that God was withholding goodness and pleasure from her by not letting her taste the fruit of the forbidden tree. Sin offers a better experience and lifestyle, but never cashes out on the offer. Sin always leaves you feeling more empty and lonely than when you began. Sin promises, but ultimately punishes. It begs us to enjoy it, and then once consumed, slowly erodes us from the inside out.

What does sin do to us?

Sin has many consequences, but the biggest is that it separates us from God. We cannot miss this point here because it is a central point of our entire existence. God created us to be creatures that fellowship with Him. He designed the Earth to be a place where we can walk in the world he created and enjoy His presence. Sin shattered that reality. Sin created a chasm between us and God. The sweet community we had with God was severed and humanity spiraled as a result.

Sin also damages our relationships with others. There is a blast radius from our sin, and oftentimes we wrongly believe that our sin affects nobody but ourselves. Sin is destructive and breaks apart even the strongest of human relationships. Community cannot exist where sin is rampant.

What’s the solution to sin?

Thankfully there is already a solution to sin. It is not something that we have to problem-solve. The solution is not a concoction of good deeds and right answers. The solution to sin came in a person. Jesus was the antidote to sin and the remedy for brokenness. As soon as sin made its way into the world God put a plan into place. He proclaimed that there would be a Savior who would come and ultimately trample the head of the serpent. There would one day be freedom from sin, and that day came when Jesus laid down His life on the cross. You see, the crucifixion of Jesus is the climax of the Bible. The story up until that point was a constant narrative of rebellion and confusion. Mankind was lost in sin, they didn’t know what to do. The pull of our sinful desires was too much and the human race drifted further and further from God. The tricky thing about sin is that one sinful choice always leads to another. Once we start it is near impossible to say no. God was aware of this. God saw this. God understood this. And He knew we couldn’t do it on our own. That’s why He gave up His only Son. That’s why Jesus was sent to the Earth to live the sinless life that we could not live. He was a perfect sacrifice, and the fulfillment of the prophecy God made all the way back in Genesis. When He breathed His last breath on the cross He canceled the record of sin for all people for all time. Sin was defeated.

Now, this doesn’t mean that sin has vanished from our world. Anyone who turns on the news channel could tell you that there is still evil and sin in the world. But the chain of sin has been broken for anyone who would put their faith in Jesus, “If we confess our sins, he is faithful and just to forgive us our sins and to cleanse us from all unrighteousness.” (1 John 1:9) When we place our faith in Jesus we acknowledge that sin is in our natural condition, and that there is nothing we can do about it in our own power. We don’t just want a savior, we need a savior. We need someone to help rid us of this disease that courses through us. Jesus is that Savior. There is no other opponent to sin that could hold their ground, only the Son of God. If you haven’t placed your faith in Jesus as your Lord and Savior and want to learn more about how to do that, visit this page.

But even as believers we still wrestle with sin on a daily business. Whenever you read this post chances are that you will sin again before the day is done. So what do we do about it? The Bible gives two actions. First, confess to God. For the longest time I thought it was strange that the Bible asked us to confess sin to God even when He already knew about it. Honestly, if God is all knowing and is aware of each mistake I have made and will make in the future what is the purpose of bringing it before Him? Think of it like this, say you are working on the computer of your spouse and you see some inappropriate sites in their browser. You see the sin, you are aware of what is done, but the news didn’t come from your significant other. Now imagine you don’t say anything and that your spouse comes to you and talks to you about it unprompted. You were already aware of the sin, but the fact that your spouse came to you and confessed it shows that they deeply cared about how the sin was going to affect you. It showed that there was a genuine desire for you to know what was going on in their life. They didn’t come because they were caught or found out, but because they were convicted. They have made a move toward you in spite of the sin. There are still consequences of sin and hurt, but now it is out and healing can begin. This is why we confess our sins to God. Not because our sin is secret and if we don’t confess it God will never find out. No. We confess because we recognize it is against Him that we have sinned and we are moving toward Him even amidst the brokenness.

The other way to combat this is to confess to other people. Proverbs tells us that, “Whoever conceals his transgressions will not prosper, but he who confesses and forsakes them will obtain mercy.” (Prov 28:13) James will tell us to confess our sins to one another and pray for another that we may be healed (5:16). There is healing in confession to others. Sin thrives in the darkness of secrecy, but when we confess we bring sin into the light where it cannot survive. We find healing for lives as the shackles of sin begin to loosen and the shame we have felt for so long begins to fade away. If we want to be forgiven of our sin we confess it to God, and if we want to be healed of our sin we confess it to others.

Sin is vile and dangerous. Its effects can be seen all over the world. However there is hope for anyone who would put their faith in Jesus. Sin has no place in the kingdom of God, and when we profess faith in the King we find freedom and healing. Sin may still be relevant today, but it has a time limit. Its clock is ticking, and there will be a day when Jesus will return and everything will change. Sin will have no dominion or power, and everything will be made new. Oh how we long and wait for that glorious day.