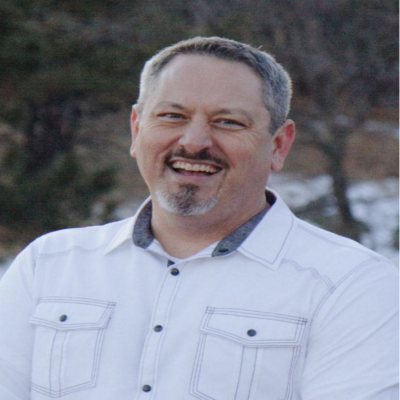 As one turns to Scripture to further understand the elements and purpose for the law and commandments found throughout its pages, it is imperative we understand that the need and establishment of rules or laws has always been to accommodate for the sinful nature we all possess. Many Christians believe the study of the law is restricted to the pages of the Old Testament, but we will soon see how everything about the law and our inability to keep even one of its precepts points directly to the New Testament and our need for a Savior.

God’s relationship with mankind throughout the Old Testament was dependent on their ability to keep the commandments handed down to Moses on Mt. Sinai, and it involved having the High Priest atone for everyone’s sin annually.  It is important to remember here that God once enjoyed access to a complete, unrestricted relationship with Adam and Eve in the Garden of Eden, and disobedience cost mankind that privilege. The pursuit to reestablish “koinonia”, or relationship, between God and mankind has been a Divine plan and a human hope all along. The Mosaic Law, including sin sacrifices, had to be fully developed and then lived out by the Israelites so that we could better comprehend and appreciate the future chapters of God’s plan for restoration.

The implementation of the Mosaic Covenant was never intended for us to be able to achieve perfection through complete obedience. In fact, according to Jesus, we never understood God’s true intent from the beginning. He, for example, stated, “You have heard that it was said, ‘You shall not commit adultery. ’But I say to you that everyone who looks at a woman with lustful intent has already committed adultery with her in his heart.” (Matthew 5:27-28) It is actually the direct opposite, that we would be so worn down and distraught in realizing we could never live up to these stringent standards that we would find ourselves open to help in the form of a Savior. Upon His appearance here on Earth, Jesus tells the crowds gathered around Him, “Do not think that I have come to abolish the Law or the Prophets; I have not come to abolish them but to fulfill them.” (Matthew 5:17) The purpose of the law was to usher in the only person who could live a sinless life, keep all the commandments, and then offer Himself as the unblemished Lamb in atonement for all the world’s sin. This should direct all of our attention to the need for God’s help to stay in relationship with Him. Jesus’ sacrifice meant that the God of the Universe was no longer unapproachable, and simultaneously His life showed us that the ability for man to keep all ten of these expectations on his own at even any one time in his life seems unreasonable at best.

The Law was handed to the nation of Israel as a means of having access to God and building a relationship with Him. The challenge was not only that our human nature has largely desired the polar opposite of most of these requirements however; the challenge was also that the religious leaders of the time found it necessary to expand upon God’s version of the Law and enforced their own laws known as the “mitzvah” (translated as precept or commandment). The handing down of the Mosaic Covenant, or the Ten Commandments, came directly from the desire for God to reestablish relationship with His prize creation: us. “Then God said, “Let us make man in our image, after our likeness. And let them have dominion over the fish of the sea and over the birds of the heavens and over the livestock and over all the earth and over every creeping thing that creeps on the earth.” (Genesis 1:26) This covenant relationship between God and His chosen people, Israel, functioned as the standard by which access to the presence of God would initially be understood and practiced for more than a thousand years. At the center of this covenant, once he was sanctified, the High Priest – specifically, a descendent of Aaron – would enter the Temple with an unblemished lamb and then enter into the Holy of Holies (a place where only the High Priest was allowed to enter). in order that he could be pulled from the Holy of Holies without anyone else needing to enter and get him, he would actually wear a rope around his ankle in case God, unpleased with his sacrifice, struck him dead. Once inside the Holy of Holies the lamb would be sacrificed, and its blood would be spilled on the altar as an act of atonement for the sins of the Israelite nation. This ritual was carried out annually for the forgiveness of sins. Describing the nature of the law, C. F. Whitley said this: “Yaweh had chosen Israel and delivered her from Egypt: Israel in response committed herself in loyalty and obedience to Him. That is the essence of Israel’s covenant with God.” (Whitley, C. F. “Covenant and Commandment in Israel.” Journal of Near Eastern Studies, vol. 22, no. 1, 1963, pp. 37–48. JSTOR, http://www.jstor.org/stable/543929. Accessed 15 Aug. 2022.)

The substance of the Ten Commandments are as follows:

Found in these simple, though not necessarily easy, requirements from God was the foundational groundwork for the restoration of relationship of all mankind to Himself. Even though Mosaic Law dictated that accomplishing this can only come through the keeping of God’s commandments, the religious leaders of the time decided the Mosaic law could better be interpreted by expanding the scope of God’s intent to consist of 613 laws, 365 negative commands and 248 positive commands. By the time Christ came this practice had produced a heartless, cold, and arrogant brand of righteousness. As such, it contained at least ten tragic flaws:

(Outlined from Fan the Flame, J. Stowell, Moody, 1986, p. 52. https://bible.org/illustration/pharisaic-laws, cited 8/15/2022) Where God offered perfection in His law, man’s sinful nature tried to spin it into something it wasn’t. Consequently, what was meant to bring restoration among God’s people was turned into a tool for the exact opposite.

Luke 19:8-10 introduces us to Zacchaeus, the Jewish tax collector, who in his desperation just to see Jesus as He passed climbed a tree to see over the crowd. Jesus was so moved by his genuine faith and repentant heart that He declared him saved, “And Zacchaeus stood and said to the Lord, ‘Behold, Lord, the half of my goods I give to the poor. And if I have defrauded anyone of anything, I restore it fourfold.’ And Jesus said to him, ‘Today salvation has come to this house, since he also is a son of Abraham. For the Son of Man came to seek and to save the lost.” Jesus’ declaration of His mission in verse 10 was a point of hostility to the Jewish leadership of the time who believed God alone could forgive sin. “According to the Oxford Dictionary, sin is a transgression against a divine or moral law,” stated W. E. Staples. (Staples, W. E. “Some Aspects of Sin in the Old Testament.” Journal of Near Eastern Studies, vol. 6, no. 2, 1947, p. 65. JSTOR, http://www.jstor.org/stable/542584. Accessed 15 Aug. 2022.) The divine law spoken about by the Oxford Dictionary is a reference to the original ten commandments given by God to Moses on Mt. Sinai. This same God is also Jesus Christ, whom the same Scriptures that preserved God’s perfect and pure law also foretold would be the true end to sin and death. It may have been a word from our Lord (the Law) that made Zacchaeus’ slavery to sin apparent to him, but it was also a word from our Lord that freed him from that bondage, even when man’s perversion of the Law was more than willing to keep him there.

We would do well to remember that the Law is not dead. Jesus said, “For truly, I say to you, until heaven and earth pass away, not an iota, not a dot, will pass from the Law until all is accomplished.” (Matthew 5:18) Regardless of how counter-intuitive this is from the world’s perspective, we should be thankful this is the case. The Law helps us understand our need for God. It gives us the need to rest in the finished work of His Son and the persistent in-dwelling of His Holy Spirit in our redeemed hearts. Never will we not need God, but thankfully, never will we find Him too far away.