The Kingdom of Heaven 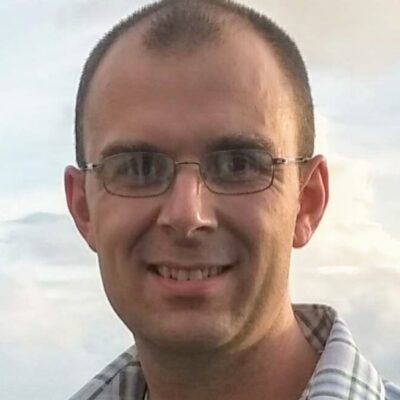 We’re all familiar with kingdoms, be it from history class, real life or movies.  It often conjures images of majestic halls with ornately dressed people or subjects cowering in fear awaiting their fate.  The Merriam-Webster definition of a kingdom is “a politically organized community or major territorial unit having a monarchical form of government headed by a king or queen.”  The first kingdoms sprouted up around 3000 BC in Egypt and the Middle East, so this idea has been around for a little while now.

Preparing for the Kingdom

The Israelites interacted with many kingdoms and would eventually develop into one themselves.  However, God had special plans for Israel.  Isaiah conveys “I am the Lord; I have called you in righteousness; I will take you by the hand and keep you; I will give you as a covenant for the people, a light for the nations, to open the eyes that are blind, to bring out the prisoners from the dungeon, from the prison those who sit in darkness” (Isaiah 42:6-7).  Israel was designed to be a people, a kingdom, that would reflect God’s glory and lift people out of darkness.  There was certainly a lot of goodness that flowed out of Israel, and there were many faithful people devoted to God.  Unfortunately, the nation did not live up to its potential.

However, while Israel was faltering, faithful prophets kept on pointing to some point in the future where a kingdom would spring up and never be destroyed.  Daniel interpreted king Nebuchadnezzar’s dream telling him “and in the days of those kings the God of heaven will set up a kingdom that shall never be destroyed, nor shall the kingdom be left to another people.  It shall break in pieces all these kingdoms and bring them to an end, and it shall stand forever” (Daniel 2:44).  Samuel also describes an everlasting kingdom that will come from the line of David (2 Samuel 7:12-13).

Now stick with me for a minute; take a deep breath and hold onto something solid.  We’re going to dive into a couple Hebrew and Greek words!  “Besorah” was used in the Old Testament to describe good tidings that was often directed at kings or about kings.  In many instances this was used to describe the results of a battle.  Sometimes it was the lack of “besorah” that had to be conveyed.  The near equivalent in Greek is “euangelion”.  Now this is the fun part!  Another way to describe euangelion is by saying “good news”.  When scholars do a literal translation of the word euangelion you get our English word “gospel”.  In the New Testament Jesus often talks about the gospel or euangelion of a new kingdom.

In the beginning of Jesus’ ministry you see Him proclaiming “repent, for the kingdom of heaven is at hand” (Matthew 4:17b) and that “He went throughout all Galilee teaching in their synagogues and proclaiming the gospel of the kingdom” (Matthew 4:23a).  This new gospel, or good news about a kingdom, echoes from the Old Testament examples of besorah concerning Israel.  Jesus was ushering in a new kingdom, but unlike the kingdom of Israel this kingdom will not fail.  However, this kingdom is not like all others.  There is no palace, at least on Earth, or swaths of land controlled by armies.  A physical kingdom is certainly what the Jews expected, but that’s not what happened.

So what is the kingdom of heaven?  Jesus never really provided a clear definition for us, but He used a variety of ways to describe it in Matthew 13.  For one thing we see the kingdom is something to be valued above all else.  In the parables of the hidden treasure and pearl of great value, the man sells everything to obtain it.  The man has joy over this because the kingdom is unlike anything else, and he recognizes its surpassing worth.  Unfortunately, as seen in the parables of the sower and the weeds, many will not recognize the value of the kingdom.  Being a part of the kingdom of heaven is a choice.  Love flows from God’s character and this quality is highly valued, but the thing that makes love possible is free will.  This is what allows us to freely choose Him, but also what allows us to refuse.  God will honor our choice to refuse Him and on the day of judgment eternally separate those people from Himself.

What This Means For Us

The decision to be part of the Kingdom of Heaven has eternal consequences.  This should spur on those that have not accepted Christ to diligently seek the truth, ask the hard questions, and take this seriously.  For those that have made Him Lord of our lives, we are the servants called to help the lost.  The New Testament is full of calls to love and help those in need.  The apostle John says “But if anyone has the world’s goods and sees his brother in need, yet closes his heart against him, how does God’s love abide in him?  Little children, let us not love in word or talk but in deed and in truth” (1 John 3:17-18).  This doesn’t mean words can’t show love and provide comfort, but when action is needed we can’t sit on the sidelines.

If you are hesitant to heed the call to action, have you examined why that may be?  I know I faced this several years ago.  I was getting dragged down by doubts, mostly related to scientific thought and the problem of evil.  I never stopped believing, but my motivation to take action diminished.  Many times I felt lukewarm about my faith.  I don’t remember how it happened, but somehow I discovered the vibrant field of apologetics.  Have no fear, this won’t turn into some philosophical dissertation.  In case you’re unfamiliar, apologetics is how we make a case for God using science, philosophy and reason.  Looking back, I’m now glad I went through that period of doubt.  I came out on the other side much firmer in my faith with good reasons to believe what I believe.  I gained a new awe for God, and my faith became richer with new dimensions.  Now I feel empowered to get off the sidelines and be a diligent servant in God’s kingdom on Earth.  I certainly don’t have every question answered, and I’m a long way from being the smartest person in the room.  However, I now have the tools to be confident enough that every little challenge isn’t a punch in the gut.

That’s just my story and yours will no doubt be different.  The point is that in light of eternity, those in the kingdom should feel a sense of urgency to rescue those in need of help and usher them in.  So many people search for purpose, but Christians have it coming out our ears!  We are literally surrounded by our mission field, and our purpose is to show God’s sacrificial love that points people to Him.  I am also convicted and challenged by this.  So we are in this together.  As Christians we should encourage each other to keep up the fight.  Jesus told the disciples “the harvest is plentiful, but the laborers are few.  Therefore pray earnestly to the Lord of the harvest to send out laborers into His harvest” (Luke 10:2).  I’ll see you in the fields!