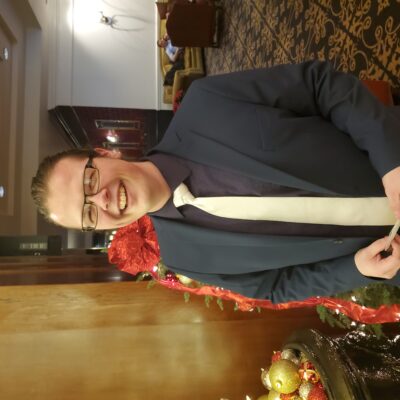 “It’s not about religion. It’s about relationship.” Many of us have heard this platitude ring from pulpit and pew ever since we were fledgling believers, and we are indeed thankful for the truth of which it sings. Heaping up a mountain of works that we can climb in order to reach God is not a viable plan for anything, but quite often, we focus too much on how God has refuted our attempts to find our own righteousness and not enough on how we might pursue a relationship with Him. What is this relationship all about? Where does it lead? Most harrowing of all, what does it require of me if I am to be a part of it? As we carefully consider these questions, we may find the best place to start is the same place everything else began.

The first two chapters of the Book of Genesis detail a spectacle that can be difficult for our minds to grasp: God speaks the world into being from nothing. Everything from the plants and the animals to the land and the water to the light and the darkness God weaves into a beautiful work of art called Creation. Everything is in its place. We can tell that it is good by how often God deems it good. In the first chapter, a statement akin to “And God saw that it was good” appears six different times in just thirty-one verses.

God seems to spend the better part of six days carefully crafting every aspect of Creation, and we see as this story ebbs and flows that He had a plan to create a masterpiece. “Good, good, good,” He called it, one thing after another popping into existence with life and color, but His masterpiece wasn’t complete until He applied His finishing touch: “So God created man in his own image, in the image of God he created him; male and female he created them.” (Gen 1:27) It was only then that He could call it all “very good” (Gen 1:31).

The Image of God

God chose to create us in His own image. Much like how children embody the qualities of their parents, God chose us to embody His qualities most fully out of all Creation and be His ambassadors in Creation.

God put a capacity in us to work and create. After He made Adam, “The Lord God took [him] and put him in the garden of Eden to work it and keep it.” (Gen 2:15) We’ll note that God didn’t tell Adam to sit quietly and not touch anything for the rest of eternity, but He invited Adam to engage with Creation and make it his own domain – to keep it. Perhaps, in this way, God wanted Adam to experience Creation as intimately as He had by experiencing and savoring the goodness that God had so carefully placed there.

God also gifted us with a host of uniquely good qualities, some among these being love, joy, peace, patience, kindness, goodness, faithfulness, gentleness, and self-control (Gal 5:22-23). We can see in a similar vein that God placed a need for community in our hearts just as He has community in Himself. Many scholars believe that, when God contemplated creating mankind and said, “’Let us make man in our image, after our likeness’” (Gen 1:26), the “our” is a reference to the Trinity – that God is three persons with one nature perfectly in communion with one another. God demonstrated this desire for community in the heart of man as He paraded all the beasts and birds of Creation before Adam. Adam exercised authority over every creature by naming them, but he found none with whom he could become “one flesh” until God made Eve – the “bone of [his] bones” and the “flesh of [his] flesh” (Gen 2:23). Having genuine community – deep fellowship as opposed to fleeting companionship – was exactly how God intended it.

Aside from the qualities He bestowed upon mankind by making them in His image, He also provided an abundance of gifts and provisions.

He first told mankind to “Be fruitful and multiply and fill the earth and subdue it and have dominion over the fish of the sea and over the birds of the heavens and over every living thing that moves on the earth.” (Gen 1:28) By giving mankind the responsibility of dominion and rule, He offered them the earth in all of its lushness. God, being the Creator, was the first to exercise dominion over His Creation by creating it. When He made Adam and Eve, He passed a portion of that dominion over to them as an inheritance.

God also promised to sustain mankind. “And God said, ‘Behold, I have given you every plant yielding seed that is on the face of all the earth, and every tree with seed in its fruit. You shall have them for food.” (Gen 1:29) Genesis 2:9 mentions this in new detail when it says that God planted the tree of life in the midst of the Garden of Eden. From this tree, mankind could eat and find nourishment to their heart’s content. While this may seem a little mundane to the casual reader, this sort of imagery is used throughout the Bible as a means of describing the provision of God for eternal life. God’s sustenance wasn’t just a means of keeping Adam and Eve going until the next generation could take their place; God meant to offer them abundant and eternal life.

If somebody offered me that kind of benefits package, I wouldn’t care about the salary!

That Which Is Holy

God offered mankind so much when He created the world. When we dig into the first two chapters of Genesis, we uncover what many have called a superabundance of God’s grace. He offered so much that mankind did not earn or deserve; it was merely how a good and perfect God intended Creation to be. However, we note that our original journey was to uncover what having a relationship with God means and how we might relate to Him, and in studying this relationship, we have only covered one half of the equation.

God provides Adam one commandment in his newly created life. In tending the Garden, Adam would find the tree of the knowledge of good and evil, and God’s commandment was simple: Do not eat its fruit. (Gen 2:17) To us, that might seem like an easy task. We can see ourselves finding ways to avoid walking by the tree, making a list of the other wonderful things to eat in the Garden, even making plans to visit with God whenever we might be tempted to eat it. In truth, however, it was not just about the tree or the fruit.

In giving this commandment, God asked Adam and Eve to acknowledge that He is God and that they were not. For instance, we’ll note that mankind was given dominion over the earth only because God had it first. All of the gifts Adam and Eve received were from the hand of God. Additionally, God demonstrated that only He could offer life. Adam was not able to form his companion out of the dust or from his own rib (Gen 2:21-22); only God was able to do such a thing. Even the very image placed in Adam and Eve proclaimed that they came from God. The commandment was simple: Worship the Lord and acknowledge that He is God. To eat of the tree of the knowledge of good and evil was to try to make themselves their own gods by trying to attain a knowledge and wisdom only God could have. Unfortunately, simple doesn’t always mean easy.

The original title I had given this article was “God’s Relation To Man,” but I eventually realized that it was sorely misguided. God’s plan was to make an image of Himself so beautiful and so good that He built a house just to hold the picture. I shudder at how many times I have left God in the rain somewhere because I didn’t want to find space for Him in my house. Life was never about us trying to force God into the lives we have built like He’s just tagging along for the ride. God is our source of life. Adam and Eve eventually ate the forbidden fruit and sinned horribly in the process, and if we were honest, we would find ourselves making new gods every day as well.

Thankfully, no matter how many times we have failed to hold up our end of the relationship, God has always held up His. God has a deep desire to help us build new houses around Him like He did around us. In fact, He has already poured us a new foundation by pouring out the blood of His Son Jesus on the cross for our sins. It shouldn’t surprise us that God provided the way – the only way – to life; He has been doing it since the literal dawn of creation.

We all have much to learn about having a relationship with the one and only God. Perhaps the next step for some of us is to take Him up on the invitation to start a relationship with Him; He freely welcomes anyone and everyone to “taste and see that the Lord is good!” (Psalm 34:8) Regardless of what our relationships with God look like, one question, I am sure, remains: Just how beautiful can this relationship become? I could try to describe it, but my words would only go so far, and my knowledge of it is far from complete. Perhaps it is best that way, to keep from wrangling beauty and instead leave it to be experienced. I certainly hope you do.